Build me a beer brewery 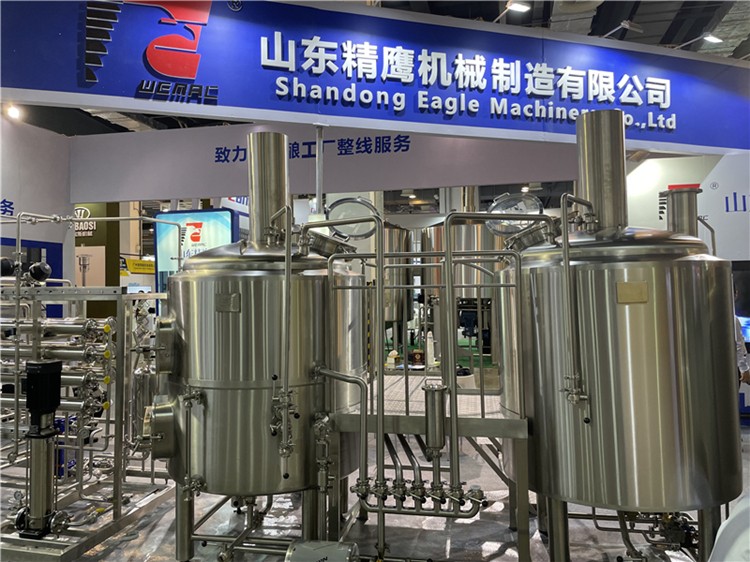 Build me a 1500L beer brewery
1500L Micro beer brewery systems is typically applied to breweries that are much smaller than large-scale commercial breweries and are independently owned,but larger than breweries for restaurant,mini beer bars and brewpub etc.,as it distributes beer to local restaurants and bars,parties etc.To open a micro craft beer brewery and get suitable margin from this kind of business model,we suggest to start from 1500L/brew capacity minimum that concerning both the price limitation and expanding capacity in the future. Also 3000L-5000L beer equipment are common to see for a little larger business.

The 1500L micro beer brewery systems is more professionally functional and concerns more details to brew in a more smart way,which can be simple to decreasing the factors that may affect the brewing efficiency or craft beer flavors.

The picture shows the two vessels craft beer brewhouse,the reason why it is called two vessels is that,the mash tun and kettle tun are in the same tank,the same tank with the function of mashing and boiling.

The other vessel is the combination of lauter tun and whirlpool tun,the bottom of the two tanks are divided by a flase bottom,it plays an role of filtering.

mash/kettle tun and lauter/whirlpool tun are all equipped with stirrer in the top,which makes it more uniform when mashing and boiling when using the 1500L beer brewery.

The two tanks are supported by a stainless steel platform, and the bottom of the steel plate is specially treated with anti-skid patterns.

The heat exchange area is about 100 square meters. One section is connected to hot wort and one section is connected to cold water or tap water, which can effectively reduce the wort temperature from 80℃ to 15℃, providing the first section of cooling, and the wort after cooling is pumped in The fermentation tank realizes secondary cooling under the action of the refrigeration jacket of the fermentation tank.

when the mashing and grain rinsing is finished,using the rake to remove the spent grain from the false bottom,The spent grain can be used for animal feed and fertilizer recycling,each batch of 1500L produces about 500kg.

There are some other optional parts in beer brewery that we can offer,like Beer filter, Keg filling system, Bottle filling system 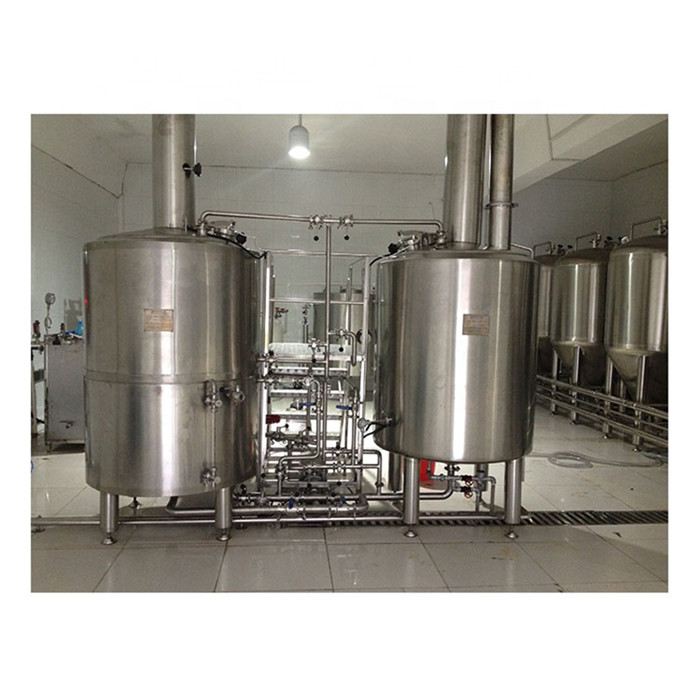